A September to Remember~Unschooling and Unparenting: What’s In a Label

Jen from The Path Less Taken is our next ~September to Remember~ guest!

~~Unschooling and Unparenting: What’s In a Label~~ 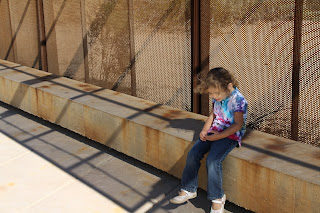 A few years ago, there was a piece on one of those nightly new programs (20/20, Dateline, or something similar) entitled, “The Dark Side of Homeschooling.” Against my better judgment, I watched it. The story was about a family that claimed to homeschool – because they wanted to keep the authorities away from their house – while they abused and neglected their children. The kids were living in squalor, existing amidst rotting food and feces. It was a horrific, heartbreaking story.

Now, a logical, thinking person would watch something like this and know that despite its gratuitous title, it is not about homeschooling. It has nothing to do with homeschooling, and everything to do with abuse and neglect, things that sadly can (and do) take place among ALL educational paths, ALL different socioeconomic and religious backgrounds. It’s not about homeschooling. The problem arises from the fact that not everyone is a logical, thinking person. There are people who watch things like this, people who may already have a bias or a poor understanding of homeschooling, and unfairly use it as further fuel… justification to continue to mistrust, misunderstand, or hold animosity towards alternative means of education.

This is why I’m never really thrilled by the idea of homeschooling or unschooling being in the media, and why I think it’s so important that we’re mindful of our wording when we talk about them. Words DO matter, especially when a poorly chosen word gives the wrong impression.

Earlier this week, I read a blog post about homeschooling “extremes” that used words that I just couldn’t reconcile in my mind with unschooling. I have since read it over and over, and I believe the author’s intentions were good … but that she ended up missing the mark.

The first thing that caught my attention was the phrase, “hands off.” If you look at a school-at-home style of homeschooling, one in which the mother assigns work, gives tests, and prescribes a set of a “must-do’s” as “hands on”, then I suppose the opposite of that would be hands off. Unschoolers don’t assign work, they don’t give tests, they don’t prescribe a set of “must-do’s” They do not direct their children’s learning at all. The problem with the description of “hands off” though, is that unschoolers are quite the opposite of hands-off! Unschooling parents are there on the floor playing with their kids. They’re in the backyard looking at worms and mud puddles and butterflies. They’re in the kitchen, making cookies. They’re in the library, helping to find books on photosynthesis or engineering or stingrays or whatever the newest passion may be. They’re in the car, driving to scouts or baseball or gymnastics. They’re answering questions, providing supplies, and playing games. They’re fetching scissors, they’re holding tape measures steady, and they’re making life-size chalk drawings in the driveway.

They’re present. They’re involved. They’re hands-on. Regardless of the original intention of the words, hearing a phrase like “hands off” doesn’t help anyone understand unschooling.

But what has really stayed with me – and quite honestly, confused me – was her assertion that “unparenting” was a common term used within unschooling circles. And by all means, my unschooling circle is not very large. I went to my first unschooling conference three years ago, and began reaching out on the internet even more recently. But I’ve talked to hundreds of unschoolers, and not once have I ever heard anyone claim to be an “unparent.” In fact the only time I’ve heard the term referred to by an unschooler has been in the context of:

By its very nature, the word itself is a negative word. The prefix “UN-” means “NOT.” And the word “parent” (per my standby, dictionary.com) means “to be or act as a mother, father, protector, guardian” *English lesson over* So I’m left wondering, why would an unschooler – or anyone for that matter – embrace a label that literally means to NOT act as a protector? As a guardian?

Make no mistake… radical unschoolers do parent differently than the traditional, authoritative model of parenting that many people are used to seeing. They believe in giving their children freedom, and they allow their children to be autonomous when it comes to decisions about things like bedtimes, meals, and media usage (three big ones that are frequently mentioned) But within that framework of freedom there is loving support. There is guidance. There is protection. There is parenting. Yes, it may look different from “because I’m the parent and I said so” parenting, but it is parenting. Based on the word alone, unparenting, or “not parenting” isn’t a style of parenting. It’s neglect.

Take my bedtime example up above….

A) In a more traditional household, a good and loving parent would probably have set a specific bedtime based on their family’s needs. They may follow a schedule when it comes to things like getting ready for bed. They may do a snack. They may do a bath, read books, say prayers, and say goodnight with a hug and a kiss.

B) In an unschooling household, a good and loving parent would probably allow their child the freedom to follow their own internal clock when it comes to sleep (which works for most unschooling families) As the evening winds down, they may watch TV together or play together. Parents and children go to bed when they are individually ready. They may do a bath, read books, say prayers, and say goodnight with a hug and a kiss.

Parent A and Parent B do things differently, but the end result is the same…. a child who goes to bed feeling loved, safe, and protected.

Parent C, the unparent, is neglecting their child.

Now I have to be honest and share that during the couple of days that I was working on this post, a friend pointed me a website that showed me that there is indeed an entire positive movement calling itself “unparenting.” Some of its tenants are unconditional acceptance, engaged listening, authentic responses, getting to know your child inside and out, lightening up and finding humor, being a friend, and excavating joy…. which are absolutely beautiful and SO MUCH a part of how I parent!

Oh but that label…

I don’t want to parent according to someone else’s set of rules and guidelines. I don’t want to be bound by a label – ANY label – that can only serve to further misconceptions and prejudices, to box me in in someone’s mind, to lump me in a category with anyone else. Unschooling itself is so misunderstood – so misunderstood! – and I can’t believe that there’s any good to be had in using labels that literally mean “not parenting” when talking about it to others. It will not help people understand it, and it will only make it harder for those just trying to live their lives under the watchful eye of skeptical outsiders.

And I would hope that when they talk about me, and my own parental choices, that it’s not within the limits of a confusing and negative-sounding label like “unparenting.” I would hope that they too know, without a doubt, how fiercely I love my children. That I would take a bullet for my kids, gladly. That I am a good parent, with no labels, and no qualifiers.

Don’t forget to check out Jen over at~

And check back all month long for some of the personal favorites from some of your favorite writers!